On the morning of September 9, I posted the story of the nicely collaborative and reasonably successful first sail my wife Pam, Honey the golden retriever, and I took on our sailboat Meander.

On the afternoon of that same day, we went out for our second sail.

It’s taken me nearly two weeks to own up to that day. During that time, I’ve been moping over—I mean, obsessing over—I mean, carefully considering what makes a competent captain and who ours should be.

Mixing it up, or just mixed up?

We began that day as we had done on every boat we’ve taken out, by assessing conditions and assigning roles.

Since we were just getting to learn how Meander responds to winds, currents, and helm inputs, and since past experience has shown us that I have the greater gift for applied theory, we decided I would wear the hat of the Acting Captain.

At the end of the first sail, we had backed Meander into our slip stern-to, so she would require no maneuvers in reverse to pull out again. And since the breeze was gentle, I decided it would be a good time to grow ourselves a bit by switching the two other roles we have each usually filled. On this trip, Pam would take my oft held position at the helm, holding or changing our course as conditions (and the orders of the Acting Captain) dictated. I would act as crew, assuming Pam’s familiar sail trimming and line management duties.

Somehow, I thought all this wouldn’t be out of my depth.

The trouble didn’t start right away. The wind was over the boat’s starboard side, and the two lines on that side were therefore in tension as they kept her from being blown to port. After Pam confirmed Meander’s engine was in neutral and started it, I cast off the two slack lines on the port side.

With the boat already pointed outward and riding on the remaining two starboard lines, I decided that the best way to keep her off the slip’s pilings to port would be to cast off the stern line first. Pam could then start Meander going forward right away as I ran forward to take off the remaining bow line.

You know, I still believe it might have worked, had I just checked beforehand to ensure that the knot with which that last line had been made to its cleat was one I could actually untie.

Before we were out of the slip, we found the trouble I hadn’t thought to look for. Within the five seconds it took me to stumble forward, Pam had obeyed my orders by slipping Meander into gear. In ten, the wind was pushing the boat’s stern sideways as I stared stupidly at the strange clump of rope I hadn’t previously noticed. In fifteen, Pam was shouting that she needed me to hurry with that line; and in twenty I was shouting back furiously that it wasn’t going to happen because someone (by inference, not me) had previously made Meander’s bow fast with a ridiculous and impossible knot.

In the end, what I had given myself five seconds to do had taken me thirty. And by that time, the boat’s swing to port had already brought us alongside a piling to scrape along the stern pulpit on which our life preserver was mounted. As Meander’s engine moved us forward, the piling began to rip it off the rail. We damaged it and nearly lost it.

I should have walked away from the plate right then. But I wouldn’t let go of the bat. 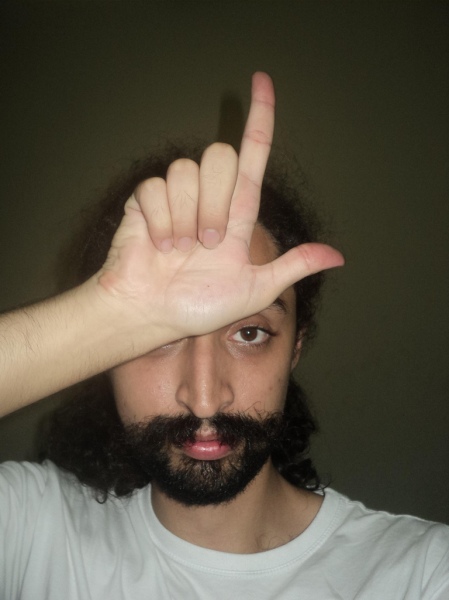 Here’s looking at you, Mike.

According to the research I’ve since done, a captain’s skill set includes talking to others to convey information effectively, paying full attention to what they are saying, and making adjustments in relation to their actions.

None of this describes me even when I’m at my dead level best.

Want to see me at my worst? Catch me right after I’ve made a highly visible series of mistakes that casts doubt on my competence.

So rather than talk, listen and adjust, I clung instead to a primary objective to save face while letting a cloud of brooding over our disastrous departure develop into a Category 3 hurricane of hostility toward everything around me.

The result, of course, was that both my fledgling command style and my more developed sailing skills started to fall to pieces. As captain, my demeanor became sullen, my actions precipitous, and my orders poorly worded and often technically inadequate. As crew, I fumble-fingered my way through simple line handling tasks I more or less had mastered three years ago.

And, most critically, I could no longer pay effective attention to changes in the direction from which that gentle breeze was blowing.

When you can’t tell which way the wind is blowing, you’re done with the hat.

So as Pam offered the seventh correction to my orders in six minutes, I turned to her and snapped, “I am obviously emotionally compromised and am therefore no longer fit to command this vessel. You be the captain.”

Pam sighed, and we sailed on for a little while in light winds and relative silence. Then it came time to change direction, and Pam called for a tack.

The sails on a sailboat are positioned to take advantage of a wind that rarely comes from dead ahead or dead astern, but rather over one side or the other. During a tack, the helmsperson turns the boat until its bow passes through the wind, and the side of the boat that had been on the wind (the “windward” side) is brought opposite it (making it the “leeward” side). While the turn is in progress, the crew responds to the wind’s changing direction by removing a line that had led the boat’s headsail toward the former leeward side, and then cleating off an opposing line on the new leeward side.

If the wind is strong, the momentarily uncleated and flogging headsail could tear the new line out of the crew’s hands. So the crew will lead the line around a rotating drum called a winch to keep it under control. On a light day, the winch might not be needed. But any wannabe sailor who expects to develop a muscle memory suitable for gale force conditions will get plenty of practice putting the line on the drum long before it is needed.

As it happened, however, I was no longer interested in muscle memory today. I get like that when I’m in a gale-force snit. So I started pulling the line in by hand.

Pam noticed and responded. “Mike, put the line on the drum.”

“Pam, there’s no wind out here. It’s unnecessary and it’ll just slow me down.”

I’m not sure what, exactly, the sound was that emanated next from my mouth—a bark? a howl? But I knew well enough what I meant by it as I rapidly finished pulling in the line by hand.

And so did Pam. And that’s when she stepped out from behind the helm and finally got in my face.

First, she looked me directly in the eye.

Then, with considerable fire but no shouting, she said:

“You are the one who made me captain. And now you’re disobeying my direct orders.”

Recently,  a loyal and persistent reader of Bimini Dream helped bring the question of this office to a head by repeatedly asking which of us should be running this ship. And in her latest comment on the subject, she contributed the suggestion that perhaps a personality test exists somewhere to help us sort it out.

There is. We take it every time we’re on the water.

Ladies and gentlemen, with both the contrition befitting a repentant mutineer and the humble pride of a man who married well above his station, I give you the Captain of Meander.

The Captain of Meander. (The gorgeous silver brunette. Not the gorgeous golden blonde.)

16 thoughts on “A Captain for Meander: The Answer”